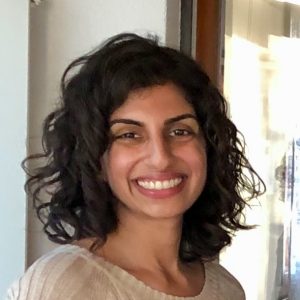 Kavita spent nearly 10 years practicing as an attorney at the New York offices of Cravath, Swaine & Moore LLP and Morvillo Abramowitz Grand Iason & Anello P.C., where she defended companies in complex civil litigation and represented individuals and entities under investigation by various federal and state authorities. She also represented indigent defendants under the Criminal Justice Act and worked closely with nonprofit organizations as co-counsel on pro bono matters.

Originally from Massachusetts, Kavita is a graduate of the University of Pennsylvania, where she received a B.A. with honors in Philosophy, Politics & Economics. She received her J.D. from the UCLA School of Law, where she specialized in Critical Race Studies, served as an Articles Editor of the UCLA Law Review, led the Women’s Law Journal as a Co-Editor-in-Chief, and served as a mentor to underrepresented undergraduate students in the Law Fellows Program. She also received a certificate from ESSEC Business School for completing coursework on Diversity & Inclusion in the Workplace.

Kavita serves on the New York City Bar Association’s Minorities in the Profession Committee and is a member of the South Asian Bar Association of New York.