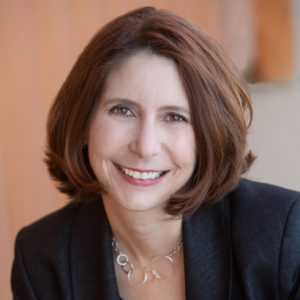 As COO of Diversity Lab, Jennifer Winslow oversees all of the Lab’s initiatives, including the OnRamp Fellowship, the only global returnship program for the legal profession. She joined Caren Ulrich Stacy in launching the Fellowship in January 2014.

Jennifer began her legal career as an associate at Morrison & Foerster in Los Angeles. After practicing for six years, she refocused her career on attorney and law student recruitment and development, as well as diversity initiatives for the legal profession.

As a Managing Director for Major, Lindsey & Africa, Jennifer counseled lateral attorney candidates on their job searches and collaborated with law firms seeking to fill specialized roles. In the University of Colorado Law School’s Career Development Office, she managed the on-campus interview and judicial clerkship programs. While serving as the school’s representative to the Colorado Pledge to Diversity Committee, she worked with leaders of the state’s efforts to increase the number of underrepresented attorneys within the profession. Jennifer speaks frequently on issues related to recruiting, retaining, and advancing women and underrepresented lawyers.