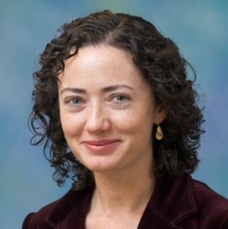 Amber Boydstun is the Data Analytics Advisor at Diversity Lab and also a Professor of Political Science at the University of California, Davis.  She holds a PhD and an MA from The Pennsylvania State University and a BA from St. John’s College (“the Great Books school”).

As Chief Data Scientist at Diversity Lab, Amber is in charge of designing and running statistical analyses toward the aim of empirically assessing—and ultimately improving—diversity and inclusion in the legal field.  Diversity Lab uses a variety of science-based methods for measuring diversity and inclusion.  These methods include running predictive modeling to estimate the future trajectory of diversity in human talent, both for individual firms and in the legal field as a whole; conducting and analyzing anonymous surveys at law firms and legal departments to identify perceptions of diversity and inclusion and to determine whether these perceptions vary in statistically significant ways between different demographic groups; and running “pay equity” statistical analyses to assess whether any significant gaps in compensation exist between demographic groups after accounting for metrics such as billable hours and origination credit.

As a professor, Amber’s academic work centers on the interaction between media and politics, with a focus on how different media portrayals of the same policy issue can prompt citizens and policymakers to respond to that issue in different ways.  She is author of Making the News (University of Chicago Press, 2013) and co-author of The Decline of the Death Penalty and the Discovery of Innocence (Cambridge University Press, 2008, with Frank R. Baumgartner and Suzanna De Boef), as well as many scholarly journal articles.  Her work has been featured in popular venues including The Washington Post, Columbia Journalism Review, and Huffington Post.  She is also a founding member of the Women Also Know Stuff initiative.